The Long Term Side Effects of Alcohol Addiction

The Long Term Side Effects of Alcohol Addiction 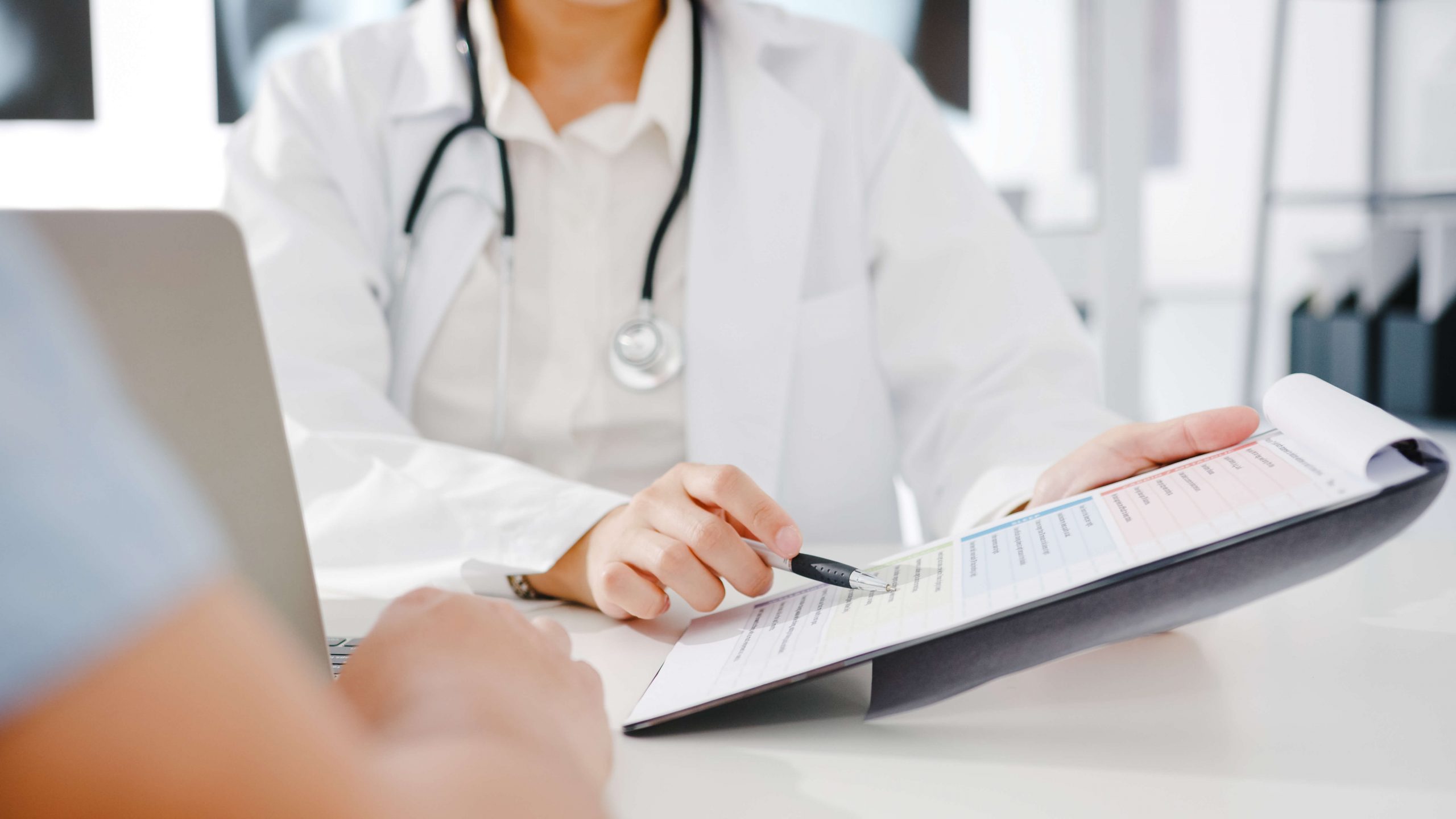 When someone has an alcohol addiction, it doesn’t just affect their day-to-day life. Alcohol addiction can have long-term emotional and physical effects. Classified as a central nervous system depressant, alcohol affects every organ in the body. Chronic drinking can lead to a whole laundry list of adverse health effects, ranging from mild to severe. Both the short-term and long-term effects of drinking on the body can vary depending on factors like age, gender, the amount of alcohol consumed, medications used, and overall physical health. But from what is known, it’s clear: excessive alcohol can severely impact anyone’s health.

The most severe effect of long-term alcohol abuse is cancer. Besides cancer of the esophagus, mouth, tongue, stomach, and throat - addicts have been known to develop cancer of several different organs. Such as the:

One of the most well-known long-term effects of alcoholism is liver damage. Although life-threatening liver problems are always possible with heavy drinking, liver damage progresses slowly over time in most cases. The liver metabolizes alcohol through enzymes that turn the substance into a digestible product. However, the liver is only able to metabolize a small amount of alcohol at a time. This limitation leaves the excess to circulate throughout the body’s systems. Excessive drinking can cause liver inflammation which can lead to:

Alcohol Effects on the Brain

Besides brain cancer, there are several other problematic effects of long-term alcohol abuse on the human brain. These effects can range anywhere from dizziness and confusion to extremely severe mental health issues. Since alcohol interferes with the parts of your brain involved in communication, even occasional drinking can cause brain fog. In addition, even one instance of binge drinking can lead to severe damage to the brain. These instances of alcohol-induced brain damage are sometimes irreversible.

Excessive drinking can trigger mental disorders like depression, anxiety, bipolar disorders, and antisocial personality disorder. When someone has both an alcohol addiction and a mental health disorder, it is called a co-occurring disorder. Since alcoholics tend to hide or downplay their addiction, they might not seek help for mental health symptoms. This poor decision could cause the problems to continue to progress and worsen without medical assistance or treatment. Once a person quits drinking, mental health support is usually necessary.

The heart is the hub of the entire body. Any sort of heart problem can be extremely serious and life-threatening. Although moderate alcohol consumption, like the occasional glass of wine, is said to be heart-healthy, the risks may outweigh the benefits. Whether a person drinks excessively, occasionally, or often - heavy drinking, in general, is the culprit in a variety of heart problems. Since the heart is responsible for receiving blood from the liver and then pumping it through the rest of the body, many different negative health effects can result if the blood is contaminated with alcohol. These effects range from mild to severe and include:

The Pancreas and Long-Term Drinking

While you may not often think of the pancreas or its role in the body, this organ does have quite an important job. The pancreas produces two necessary hormones that increase and decrease blood sugar levels, helping the body digest food. However, alcohol triggers the pancreas to produce a toxic byproduct that is highly dangerous to the body. Also, binge drinking causes the pancreas to overproduce insulin, which causes blood sugar levels to plummet. When someone drinks excessively for an extended period of time, the blood vessels surrounding the pancreas can swell and lead to pancreatitis. Pancreatitis is extreme inflammation that is very dangerous and potentially fatal. Even more concerning, pancreatitis symptoms aren’t always noticeable, and many people don’t realize there is a problem until it is too late.

What about the Kidneys?

The main job of the kidneys is to filter harmful substances out of the blood.  But they also perform many other essential functions like regulating pH, producing hormones, and excreting waste and toxins. Since alcohol is a toxin, drinking excessively can weaken the kidneys and make it harder to filter blood properly. The kidneys are also responsible for hydrating your body. Since alcohol is dehydrating, it’s another factor that weakens the kidneys’ ability to do their job.

High Blood Pressure and the Kidneys

The Stomach and Digestive Issues

Even occasional drinking messes with the digestive system. This is because drinking alcohol, even a couple of beers, causes the stomach to produce more acid than usual. An excess of stomach acid leads to reflux and gastritis, which is inflammation of the stomach lining. The most problematic stomach problem caused by alcohol addiction is stomach cancer. Some other digestive problems caused by long-term drinking are:

Perhaps one of the most concerning long-term effects of excessive drinking is alcoholic neuropathy. This severe condition is directly caused by long-term alcoholism. Chronic drinking leads to nerve damage which causes strange sensations in the limbs, limited mobility, and moderate to severe loss of bodily functions. Some of the most visually noticeable effects of alcoholic neuropathy are jerky movements and body ticks. Getting immediate medical treatment and care can reduce the risk of permanent disabilities caused by this disorder. However, alcoholics tend to avoid medical treatment altogether, putting them at a higher risk of permanent damage.

Besides the long-term physical health effects of alcohol addiction, there are emotional effects as well. Chronic excessive drinking can be isolating and will probably lead to strained relationships with peers, friends, and even family. This can be emotionally devastating and can cause the person to rely on alcohol even more. Drinking leads to a deterioration of self-esteem for someone who may already struggle with self-worth. This, along with the effects of alcohol on the brain, can lead to depression. There is no instance where excessive drinking improves a person’s emotional well-being. In fact, it is almost always the exact opposite.

What Exactly is Alcohol Abuse?

Going out occasionally for drinks with friends or having a glass of wine at dinner does not make you an alcoholic. However, doing these things habitually can lead to a dependence on alcohol. Alcohol abuse is defined simply as persistent misuse of alcohol. A person is determined to have alcohol abuse disorder (AUD) when their drinking causes harm, distress, and/or personal problems like legal or financial troubles. Alcohol abuse can be mild, moderate, or severe and is determined by the number and severity of symptoms the person is experiencing.

What is Binge Drinking?

The CDC labels binge drinking as “a serious but preventable public health problem” and lists it as the most common form of alcohol abuse in the US. When someone drinks to the point of a blood alcohol concentration (BAC) of 0.08 or above, this is considered binge drinking. You could achieve a BAC that high by consuming five or more drinks for men or four or more drinks for women in a two-hour period. Interestingly, most people that binge drink are not alcoholics. This kind of drinking is common among college students and young people in general. Although it may not be a telltale sign of alcoholism, it could lead to chronic alcohol abuse if it’s happening often. Not only that, but just one incident of binge drinking could lead to dangerous consequences.

How to Know if You’re Addicted to Alcohol

It’s human nature to deny or ignore a problem that may be affecting your life. Sometimes it may even come as a surprise to the person drinking that they’re an addict. Unlike other health issues, alcoholism is usually self-diagnosable. Some common signs that drinking has turned from an occasional event to addiction are:

All these long-term side effects of excessive drinking can be avoided, or at least mitigated, by seeking treatment as soon as possible. Besides getting support to quit drinking, an addict may need a medically assisted detox, which can be extremely physically taxing on the body. During detox, the body’s physical process of expelling alcohol from the system will cause withdrawal symptoms. These can range from uncomfortable to extremely painful and consist of nausea, vomiting, headaches, muscle pain, shaking, mental confusion, and general discomfort. Detoxing in a professional facility ensures 24/7 medical supervision, with guided support when necessary.

Although detox can be extremely rough, some would say that is the easy part of alcoholism treatment. Recovery is a life-long journey, but one that is infinitely rewarding. Treatment will include therapy, counseling, and support - so a person can discontinue alcohol use and recover emotionally and physically from their addiction. If drinking leads to serious health concerns, long-term medical care may be necessary. But many of the long-term health effects are treatable after the addiction is treated, and many patients see measurable improvements. Of course, the sooner a person seeks help for their alcohol addiction, the better the prognosis will be.

There is no denying that excessive alcohol use and abuse can lead to long-term negative effects, both physically and emotionally. However, there is hope. While abstaining from alcohol entirely can prevent these effects, this is an unrealistic expectation. No one sets out to be an addict, and alcohol addiction is usually a symptom of deeper problems in someone’s life. The key is to seek treatment at the first sign of a problem or encourage a loved one to do so. However, this isn’t necessarily realistic either. People with alcohol abuse disorders tend to resist help until they cannot hide their problems any longer. If you or someone you love is suffering from an addiction, reach out. We can help.