In this post, we will discuss what alcohol abuse is and how someone would know if they should seek treatment, as well as the three stages of alcohol withdrawal syndrome with a timeline for when each symptom should be experienced. 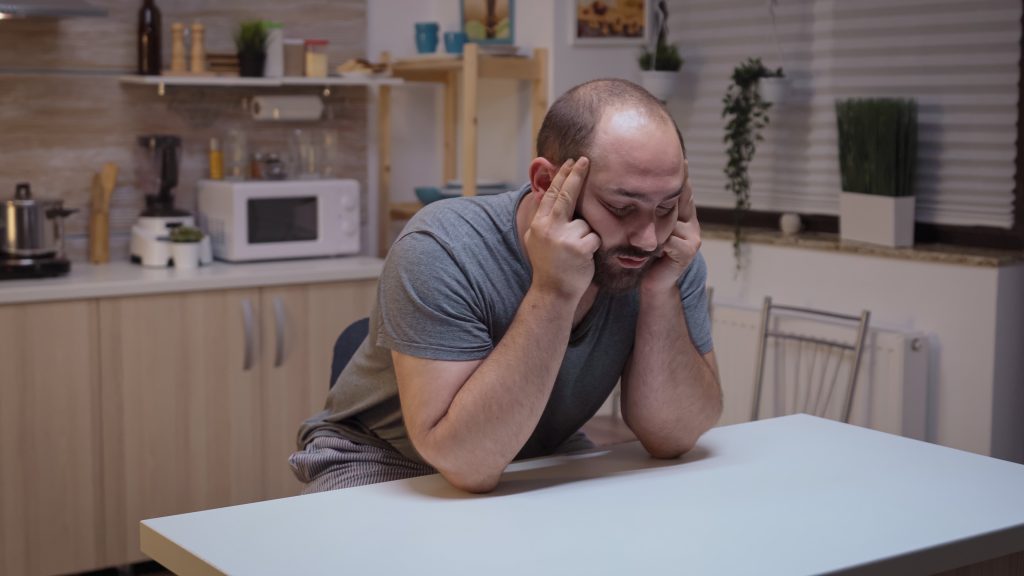 Alcohol abuse is a term for misuse of alcohol. According to the National Council on Alcoholism and Drug Dependence, excessive drinking can lead to problems like physical harm, mental health concerns, and relationship issues.

Over time, excessive alcohol use, both in the form of heavy drinking or binge drinking, can lead to numerous health problems, chronic diseases, neurological impairments and social problems. (1)

Binge drinking is when a person consumes enough alcoholic beverages during a 2-hour period to bring their blood alcohol concentration (BAC) to 0.08% or higher. Typically, this means four drinks for women and five drinks for men.

Not everyone that drinks excessively or occasionally binges alcohol is an alcoholic or needs alcohol treatment. In fact, 90% of those that drink to excess do not meet the clinical diagnostic criteria for alcohol use disorder. (3)

Knowing when you have a drinking problem

Alcohol abuse or Alcohol Abuse Disorder (AUD) is a disease characterized by the inability to control alcohol use despite negative, harmful consequences. Craving alcohol, having a tolerance to the effects of alcohol, and experiencing withdrawal symptoms when you try to stop drinking are but some of the criteria that point toward having AUD. (4)

When a person stops drinking, withdrawal symptoms may arise. These physical reactions are usually associated with someone who has become addicted to the drug and is used to escaping discomfort through alcohol consumption. Often they will resume or increase their previous consumption levels to alleviate their withdrawal symptoms.

If you find yourself returning to alcohol as relief from withdrawal symptoms or are unable to stop drinking you might be experiencing alcohol abuse disorder and consider seeking treatment.

What Is Alcohol Withdrawal Syndrome?

Alcohol withdrawal syndrome is a group of symptoms that result from alcohol being removed from the body. The onset of alcohol withdrawal usually starts within 12 hours after an alcoholic beverage has been consumed, but it can start as quickly as 30 minutes post consumption in some cases.

Alcohol withdrawal occurs most often in adults. But, it may occur in teenagers or children.

The more you drink regularly, the more likely you are to develop alcohol withdrawal symptoms when you stop drinking. (5)

During alcohol detox, symptoms of AWS are monitored and treated throughout the entire process. Symptoms of AWS include, but are not limited to:

These symptoms become more intense as time passes. Delirium tremens (DT) is the most severe form of withdrawal and can occur anytime between 3 days after the last drink or up to 2 weeks later. The symptoms of DT are:

There are three stages to alcohol withdrawal: alcohol-specific or mild; severe alcohol withdrawal; alcohol-induced delirium. The time period in which alcohol is withdrawn from the individual's system, and the severity of symptoms experienced depend on how much alcohol they consumed and their sensitivity to alcohol.

Stage One (Mild): Symptoms of withdrawal during this stage include alcohol cravings and agitation, nausea/vomiting, tremor (shaky hands), insomnia or sleep disturbances and anxiety.

Stage Three (Alcohol-Induced Delirium Tremens DTS): Symptoms include disorientation, agitation, hallucinations and severe anxiety episodes. Symptoms of delirium tremens can last up to seven days after alcohol cessation and may last even longer.

Patients with seizures, concurrent medical illnesses and severe withdrawal symptoms should be hospitalized. Mortality from delirium tremens has been reduced to less than 5 percent of patients, through early diagnosis, supportive nursing care, treatment of coexisting medical conditions and aggressive pharmacologic therapy. (5)

Alcohol withdrawal typically occurs within a week of stopping or greatly reducing alcohol intake, though the precise timeline will vary from person to person. Alcohol detox may take place in three stages:

What happens emotionally when you stop drinking?

When alcohol is consumed on a regular basis, the brain becomes accustomed to its effects and physical dependency occurs. The alcohol withdrawal symptoms that are experienced during alcohol detoxification are often related to hormones in the brain called neurotransmitters that regulate moods and emotions.

In alcohol withdrawal syndrome, alcohol is no longer present in the brain so levels of neurotransmitters become more balanced. Alcohol inhibits production of these neurochemicals which can lead to depression, anxiety, shakiness.

Alcohol inhibits production of these neurochemicals which can lead to depression, anxiety, shakiness.

Receiving the proper medical and mental health treatment at a alcohol detox center during the early stages of alcohol detox is highly beneficial and recommended. (6)

How to treat alcohol withdrawal symptoms:

The American Society of Addiction Medicine lists three immediate goals for detoxification of alcohol and other substances: (1) “to provide a safe withdrawal from the drug(s) of dependence and enable the patient to become drug-free”; (2) “to provide a withdrawal that is humane and thus protects the patient’s dignity”; and (3) “to prepare the patient for ongoing treatment of his or her dependence on alcohol or other drugs. (7)

If you are seeking alcohol treatment, it's important that your doctor knows the specifics about your alcohol use and any other drugs you might have used in conjunction with drinking so they can properly diagnose your condition and determine what type of care will be best for you.

The first step to alcohol addiction recovery is detox. There are a variety of evidence-based approaches to treating addiction. can include behavioral therapy (such as cognitive-behavioral therapy or contingency management), medications, or their combination. (6)

Treatment can be administered at inpatient facilities or outpatient services.

Patients with mild or moderate alcohol withdrawal syndrome can be treated as outpatients, which minimizes expense and allows for less interruption of work and family life.

Patients with severe symptoms or who are at high risk of complications should receive inpatient treatment. (8)

Services such as alcohol treatment clinics can offer a variety of programs which will best suit your needs including detox, alcohol rehabilitation, alcohol counseling, sober coaching and more.

If you think that alcohol abuse disorder is affecting your life or someone close to you, consider seeking medical attention from a doctor who specializes in addiction treatment so you can heal and regain control.

We hope this article has been helpful in educating you about the alcohol withdrawal symptoms, treatment and timeline so that you know what to expect if alcohol use disorder has become a problem in your life.

If you or a loved one is struggling with addiction to alcohol, take the first step and give us a call. We can tell you about our medical detox options. We're available 24/7.

Symptoms of alcohol withdrawal usually start within eight hours after the last drink, peak between 24-36 hours and can take as long as five days to subside.

Who is at risk for alcohol withdrawal?

Anyone who has alcohol use disorder and stops drinking alcohol will experience alcohol withdrawal syndrome. The severity of the symptoms is related to how long they have been abusing alcohol, the amount consumed over what period of time as well as other factors such as age or medical condition.

Can your body go into shock when you stop drinking?

Yes. In alcohol withdrawal syndrome, the initial symptoms include headache and nausea which can lead to vomiting. Day three of alcohol detox may be marked by tremors in hands or feet (pacing), insomnia, anxiety or agitation.

As time progresses from alcohol detox there are many reasons to seek medical treatment for alcohol abuse disorder including: seizures; hallucinations as a result of delirium tremens (DTS) ; alcohol hallucinosis, which is a condition in which alcohol withdrawal causes hallucinations and other perceptual disturbances.

How can I help someone undergoing alcohol withdrawal?

If someone you know is suffering from alcohol withdrawal, it’s important that the person receive medical care and follow the advice of a physician. so that they can detox safely.

Resources for Assistance in Long-Term Abstinence from Alcohol Use