How to Tell If Your Teen is Using Drugs or Alcohol

How to Tell If Your Teen is Using Drugs or Alcohol 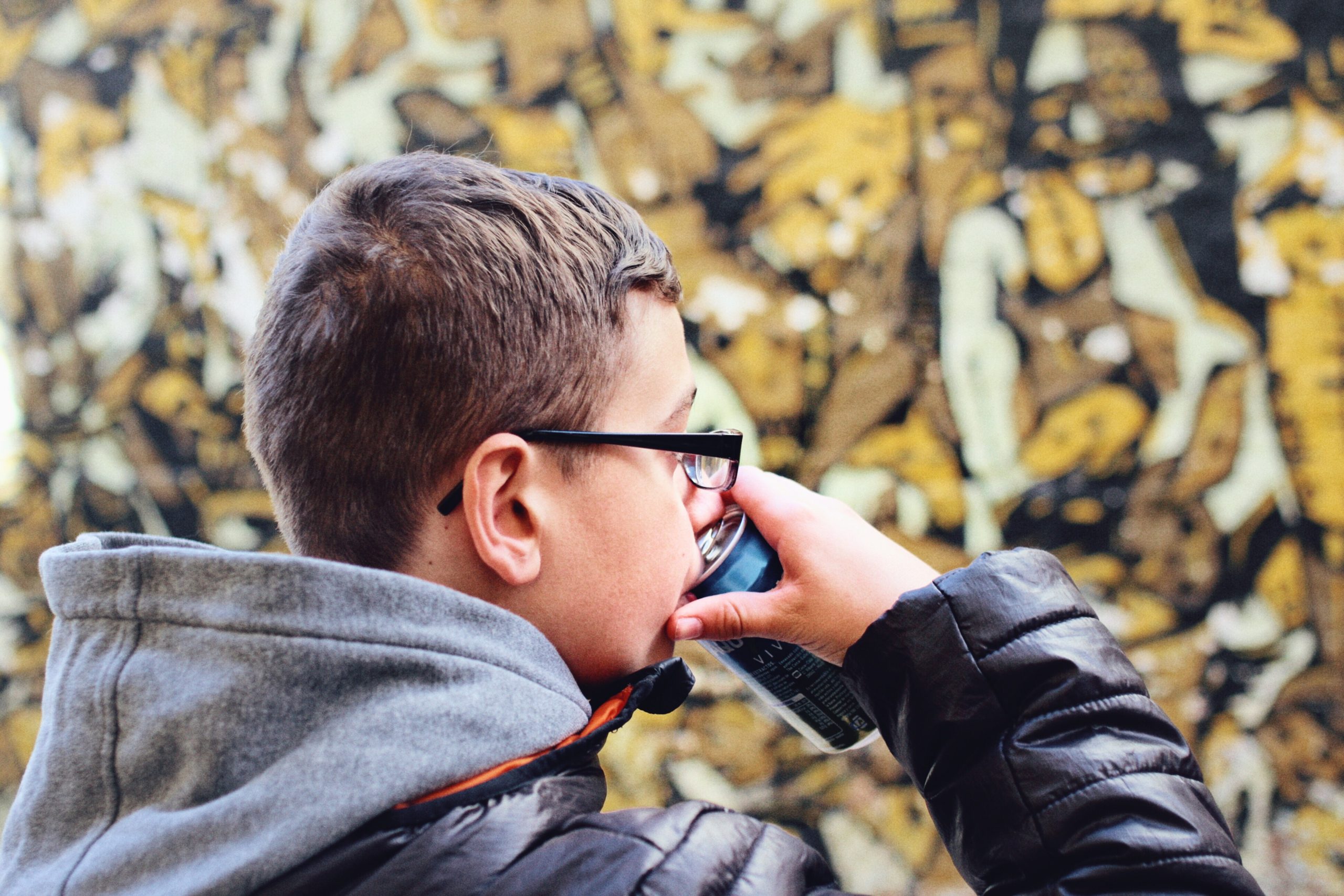 Drugs have become a growing concern in today's society, whether for personal or public consumption. According to the Bureau of Justice Statistics, the number of individuals imprisoned on drug possession charges is staggering, and the severity of these crimes has increased over time. This blog post will explore some clear signs to look for when determining if someone is under the influence of drugs, either illicitly or legally.

What Leads Teens to Use Drugs and Alcohol?

People can experiment with substances in many ways. It's not uncommon for someone to start using drugs, alcohol, marijuana, or prescription drugs and quickly develop an addiction without them being fully aware of the problem.

Marijuana, cigarettes, and alcohol are the most common drugs to start using, but there are dozens of other substances, prescription drugs, and illegal drugs that can lead to substance dependency.  Their use can be a slippery slope towards abuse.

Many factors contribute to why people abuse drugs and alcohol. Some of the main reasons are lack of knowledge, curiosity, pressure from friends, and unconsciousness.

The influence of the group of friends. Many young people start using drugs out of complete ignorance of the consequences they can bring, and for this reason, they get carried away thinking that nothing will happen to them.

The desire to escape or escape from themselves. Many people want to flee from a reality that they are not capable of accepting. The trigger in some cases is family problems; in others, fear of failure or studies. It is an escape valve that makes them forget their troubles for a few hours.

A weak personality. It is as dangerous as ignorance itself. Friends, peer pressure, the desire to identify with them are usually much stronger than the resistance capacity of most young people.

How to Spot Drug Use in Adolescents

As a society, we have come to normalize the moodiness of adolescents and teens. However, drug use is still an issue in this age group. Signs of drug use in adolescents include acting withdrawn, tired, depressed, or hostile. Per the National Institute on Drug Abuse (NIDA), these are signs that a teen may be using drugs.

A common sign of addiction is when a child starts associating with a new group. Is your child hanging out with new kids at school, skipping class, or using explicit slang words? These are red flags for parents of drug-addicted teens. Parents should listen to their children closely for any of these signs.

When a parent suspects that their child is using drugs, they should immediately get help from a guidance counselor, a primary care physician, and a drug abuse treatment provider.

Signs of Drug use to Watch For

If you suspect that your teen has been using drugs or alcohol, there are several signs of addiction they might display.

Noticing a radical departure for your teens normal attitudes and style of dress, make-up, hair or cleanliness and personal hygiene can be an indication there is an issue with substance abuse.

Likewise, according to the America Addiction Center, if they have bloodshot eyes and their face is pale, with a dry mouth, then this could mean that they have taken an opiate or stimulant.

If their behavior becomes erratic and unpredictable and they stop showing interest in the activities or hobbies that they once enjoyed, then they may have issues with substance use or addiction.

While teens and adolescence moods and willingness to engage can vary due to a variety of reasons, a marked change in their attitude could be attributed to alcohol or drug addiction.  Acting out, violence, sudden and shifting mood swings, intolerance to physical contact or affection, depression or reclusiveness can all be a sign your teen needs help with addiction.

The final sign can be challenging to detect but can be vital in determining if someone is on drugs. If someone appears to be uncoordinated and cannot handle small tasks such as buttoning a shirt or tying their shoes or have become unusually clumsy it is possible they are experiencing drugs or alcohol withdrawal symptoms.

More Signs to watch out for:

So, do you have an addict around you? What do you do? For starters, loved ones should get all the research they can get on addiction treatment programs. Rehabilitation should include medical detox and therapy to address the underlying issues related to substance abuse.

How To Keep your Teen Safe from Drug and Alcohol Addiction

Addiction is a severe problem, but the real question is why people start taking drugs and abusing alcohol in the first place. To prevent addiction in the long run, it’s essential to tackle the issue's root.

Scientific research has found many factors that impact substance addiction, and the following six are among them:

Low self-esteem. It is prevalent, but it's not always easy to identify. Low self-esteem can stem from a variety of things, but often it comes from the child being exposed to negative behavior they were powerless to change, like anger or neglect. It can also stem from criticism or abuse. The worst part is that low self-esteem is self-perpetuating.

People who lack self-esteem may behave in ways that reinforce their feeling of inadequacy. This is because they think they can't live up to expectations and need a boost. When people use drugs and alcohol as an artificial means of boosting this low confidence, they're not confident during difficult times.

In the United States, the number of drug addicts is at an all-time high. The disease can be hereditary, meaning that those who have a family history of drug addiction are more susceptible to a higher risk of drug abuse. Scientists and doctors alike are studying how genes may play a role in drug addiction by making people more or less vulnerable.

Coping is the ability to deal with negative feelings. It is the capacity to love yourself and surmount any internal or external conflict. Dealing with anger, depression, loneliness, and alienation can be a complicated process. These aversive states are induced by psychological warfare, either inside of you or outside of you.

Poor coping skills might prompt an individual to delve into the use of psychoactive drugs to reduce tension and negative emotions. They are consumed to provide relief from pain and other symptoms. The consumption of psychoactive drugs is motivated by the fact that they have a calming effect.

According to the World Health Organization (WHO), over three million people die annually from alcohol consumption. A substantial number of these deaths are linked to health problems such as cancer, heart disease, and liver cirrhosis caused by heavy drinking. As such, many governments across the globe place restrictions on various kinds of alcohol — with an emphasis on limiting its consumption or banning it altogether.

A negative social norm will only increase the consumption of drugs both in the short term and long term.

If you regularly hang out with alcoholics or drug addicts, you're more likely to adopt that behavior — especially if you spend a lot of time at home as a kid. And since children who grow up in households where substance use is present are at risk of developing issues later in life, parents and teachers should be aware of the signs and take action before things escalate.

1. Learn to Deal With Life’s Pressures

In today's society, some people experiment with drugs to portray a glamorous image. Peer pressure can lead to many things, such as drug and alcohol abuse. Some kids might think they're required to do those things to fit in or be more acceptable among their friends. However, not giving in to peer pressure will prevent drug addiction.

Studies have shown that teens with unstable family lives and low emotional/social support systems are more likely to turn to drugs and alcohol. While the study's findings may seem obvious, the results still carry an important lesson: we need to be providing children and teens with a social network and family ties — because it makes life easier. If a person has a good close relationship with their family, who's always there for them, they will be more likely to get by under any circumstance. The same is true for having good friends who are responsible and trustworthy, who can offer guidance and support.

To avoid drug and alcohol addiction, eat a balanced diet and exercise regularly. Healthier people are more equipped to handle life stress, lowering the temptation to abuse drugs or alcohol. When you consume more nutritious foods and exercise more, you release dopamine and serotonin — two neurotransmitters that trigger the "happy" response.

In conclusion, there are a lot of signs that can indicate if someone is on drugs. Some are more obvious than others, and some are just common sense. If you have suspicions about your teen being under the influence of any drug, please get in touch with your local drug and alcohol treatment centers as soon as possible.