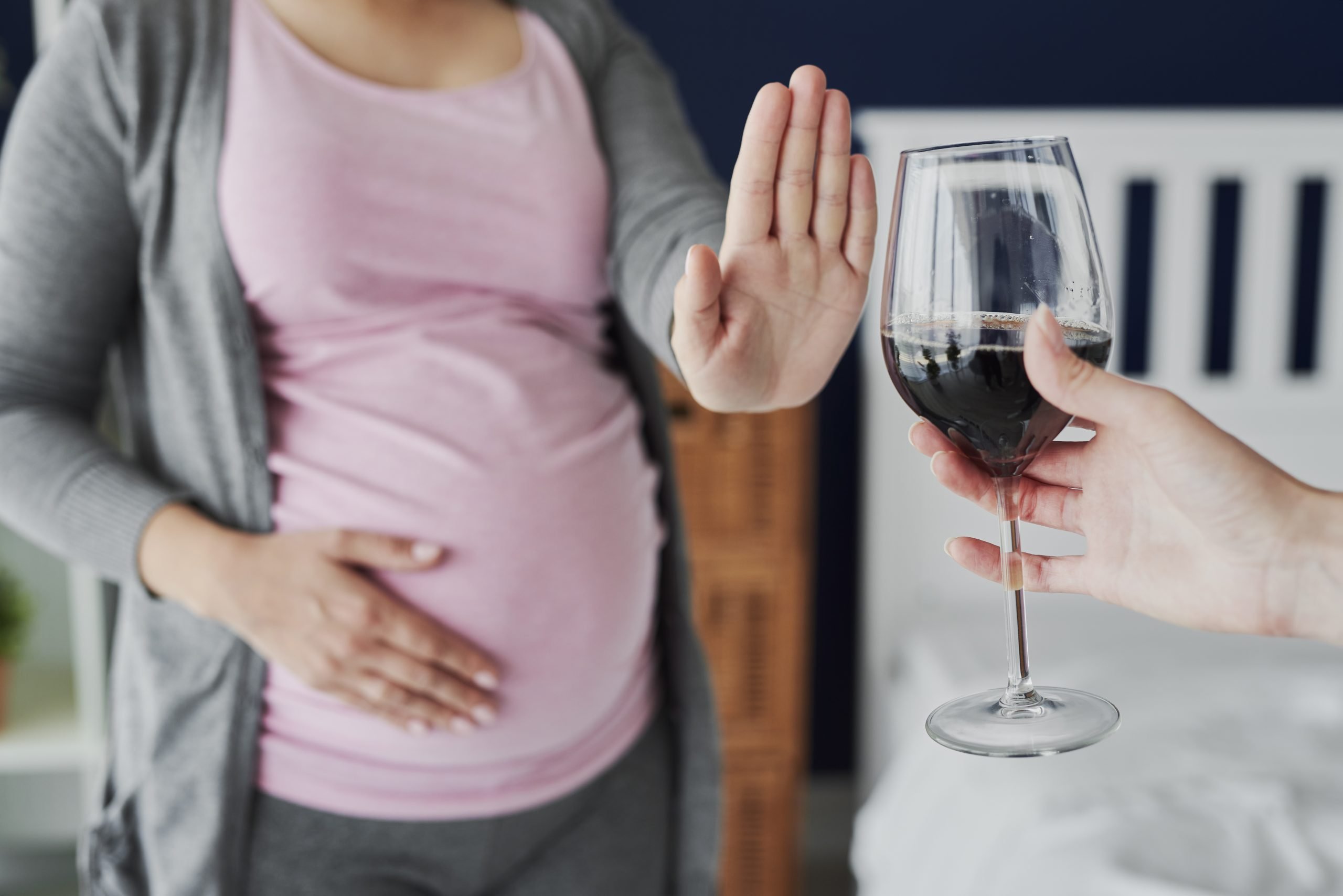 Is Drinking Alcohol While Pregnant Dangerous?

Alcohol use during the first trimester of pregnancy makes your baby more likely to have premature birth, birth defects and fetal alcohol spectrum disorders. In fact, exposure at any point during gestation may affect brain development resulting in a Fetal Alcohol Syndrome (FSA) or Fetal Alcohol Spectrum Disorders (FASD).

A woman's liver processes about one ounce of alcohol per hour, but her fetus eliminates alcohol at only half that rate—leaving the unborn baby more exposed to its effects for longer periods of time.

How Much Alcohol Can You Drink When Pregnant?

There is no known safe amount of alcohol to drink while pregnant. It is highly recommended that a pregnant woman stop drinking alcohol immediately upon suspicion or confirmation of pregnancy as exposure to alcohol to unborn infants can result in birth defects and Fetal Alcohol Syndrome.

Pregnancy and Alcohol Consumption: The Statistics

What is Fetal Alcohol Syndrome?

Fetal alcohol syndrome (FAS) is a condition that can affect the child's development, causing physical and mental disabilities.

Fetal Alcohol Spectrum Disorders (FASD) are a group of conditions that can occur in a person whose mother drank alcohol during pregnancy. These effects can include physical problems and problems with behavior and learning. Often, a person with an FASD has a mix of these problems.

Both FAS and FASD are avoidable and preventable by abstaining from alcohol consumption during pregnancy.

How Common is FAS and FASD?

CDC studies have identified 0.2 to 1.5 infants with FAS for every 1,000 live births in certain areas of the United States. The most recent CDC study analyzed medical and other records and found FAS in 0.3 out of 1,000 children from 7 to 9 years of age.

With an average of 3.7 million live births a year in the US, that equates to approximately 4,000 infants a year on average are born with FAS.

Few estimates for the full range of FASDs are available. Based on the National Institutes of Health-funded community studies using physical examinations, experts estimate that the full range of FASDs in the United States and some Western European countries might number as high as 1 to 5 per 100 school children (or 1% to 5% of the population). (2)

The Long-Term Consequences of FASD

Drinking during pregnancy can lead to the child having health and behavior problems that last a lifetime.

Behavioral issues such as inappropriate social skills or impulsiveness may also be seen in people with FASD. These behaviors include being easily influenced by others, being unable to learn from consequences, having an increased risk of engaging in high-risk activities, and other aggression.

FASDs are completely preventable because they are 100% caused by alcohol consumption during pregnancy, which prevents the normal

How is FAS Diagnosed?

The only way to diagnose FASD definitively is through brain imaging and a complete medical and family history. However, some common diagnostic features of FAS include:

Small birth weight and length, with an average below the 10th percentile

Who is at Risk for FAS?

Pregnant women who drink alcohol are putting their babies at risk for FAS. If a woman drinks during pregnancy, her baby's body breaks down the alcohol more slowly than an adult's body does.

This can lead to the baby having high levels of alcohol in his or her body that damage important functions such as learning and coordination. Even low to moderate amounts of alcohol can put a baby at risk for FAS.

No amount of alcohol has been proven safe to drink during pregnancy or while trying to get pregnant.

What If I Drank Before I Knew I Was Pregnant?

Alcohol use before a woman knows she is pregnant might be a risk factor for having a baby with FASD. This is especially true if a woman drinks early in her pregnancy, but it can also be a problem later on.

If a woman suspects she might have been drinking at risk levels during pregnancy, she should talk with her health care provider or an FASD diagnostic center.

If a woman is concerned about her alcohol use during pregnancy or knows she drank while pregnant, she should get help from her health care team.

Pregnant women often need a different type of detox because their bodies are already going through so much. The safest and smoothest way to stop using substances is by doing medical detox, which comes with 24-hour supervision from professionals in an outpatient or residential program that usually lasts about one week.

Since pregnant women's bodies are going through even more changes than usual, they should be especially careful when it comes to medications used during the process as certain prescription drugs can create complications without proper oversight.